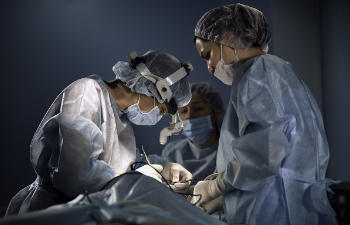 With extraordinary advancements in healthcare, a wide range of medical devices continue to “escape scrutiny on their path to the American market,” as reported by Time Magazine in reference to the latest documentary released by Netflix in July 2018, The Bleeding Edge. From cobalt-based hip replacements to vaginal mesh, surgical robotics, prosthetic limbs and pacemakers, complex, new-age devices are promoted, despite lax testing requirements and clinical trials. Consequently, devices that are “new,” not proven, have harmed both physicians and patients.

While The Bleeding Edge has effectively highlighted the industry’s hunger for new technologies and medical devices, this is not a new concern at all. In fact, manufacturers have previously attempted to create a pathway for devices to enter the market successfully, under the premise that the devices are “substantially equivalent” to others that are already on the market. Unfortunately, the 510(k) provision has inevitably created a loophole in which a chain of devices makes it onto the market without adequate testing. This is a primary argument of the documentary, which describes the framework as faulty at best.

The bottom line is—while there are often safer options out there for patients, medical devices are being promoted to drive up profits. This has worsened over time for one main reason—greed. The medical device industry, which remains incredibly influential in Washington, D.C., has been accused of willfully ignoring the risks placed on patients.

In one instance, a patient received a medical device that later broke up into pieces, scattering throughout her body. The remnants of the device triggered a connective tissue disorder that began wreaking havoc on her joints, causing them to deteriorate. In another case, a female having received the Essure permanent contraceptive implant experienced nickel poisoning, while others have noted perforation of the uterus, as well as pain and excessive bleeding, hair loss and/or dangerous pregnancies. While Bayer Pharmaceuticals has voluntarily pulled Essure from the market effective at the end of 2018, numerous women have banded together on social media platforms demanding a shift in policies.

Presently, the United States is the largest medical device market in the world, with hundred of billions of dollars in profits. Thus, the medical device industry continues to ride high on innovations and the latest trends in digital analytics, while consumers demand leading edge technologies such as liquid biopsies and minimally invasive surgeries. Even so, patients should be wary of what options they are given.

Have You Been Harmed By A Defective Medical Device?