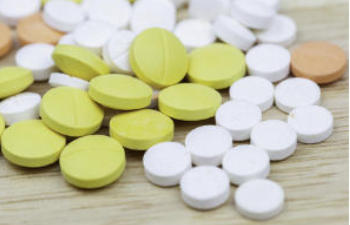 While sleep medications such as Ambien, Lunesta and Sonata have provided much needed rest for millions of Americans plagued by insomnia, the Food and Drug Administration is calling attention to the popular sleep aids amid reports of “rare but serious” injuries. In a safety announcement issued April 30th, the FDA describes complex sleep behaviors leading to these injuries, some of which include sleepwalking, sleep driving, and engaging in other activities while not fully awake. In the statement, the FDA also notes that some of the behaviors have resulted in deaths. Moreover, these actions appear to be more common in those taking Lunesta (eszopiclone), Sonata (zaleplon), Ambien, Ambien CR, Edluar and Intermezzo (generic name is zolpidem).

Given the FDA’s recent evaluation of these reports, the agency has issued its most prominent label to be included on these popular sleep medications—a black box warning. What’s more, for individuals that have already experienced complex sleep behaviors, the FDA has issued a second warning, a contraindication. This stringent label recommends avoiding or stopping use of a drug or medication, given certain conditions.

In the reports documenting these sleep behaviors, which span 26 years according to Live Science, the FDA discovered 66 examples relating to the above-mentioned sleep medications. Perhaps most concerning, however, is the fact that these incidents were sent directly to the FDA. As such, officials wonder if other examples of injuries have not been documented.

Even so, some of the circumstances described involved extreme outcomes. In one case, a patient performed actions that led to hypothermia due to exposure to extreme cold. There were also instances of carbon monoxide poisoning, drowning, apparent suicide attempts, self-inflicted gunshot wounds and car crashes (with the patient at the wheel) that led to death. It should be known that in most of the non-fatal cases, patients had no memory of the incident that led to their injuries.

In light of the recent warnings, it’s important to emphasize that while incidents are rare, they can occur after the first dose of a sleep medication or after a longer period, according to USA Today. They can also happen in patients without any history of previous behaviors, as well as in those taking the lowest possible dosage of a sleep aid.

Have You Been Injured As A Result Of A Prescription Sleep Medication? Call Harman Law in Atlanta Today!

While there’s no question that modern medicine helps save lives and manage debilitating health conditions, many question if we’ve become too reliant on prescription medications. Meanwhile, some wonder if pharmaceutical giants are simply too competitive or too quick to release new drugs. In either case, the reality is that when individuals are harmed as a result of a prescribed medication, they need to know their options.

Harman Law Firm has the resources and experience needed to investigate the details of your claim. If you or someone you love has suffered an injury due to a prescription sleep medication, call us today.